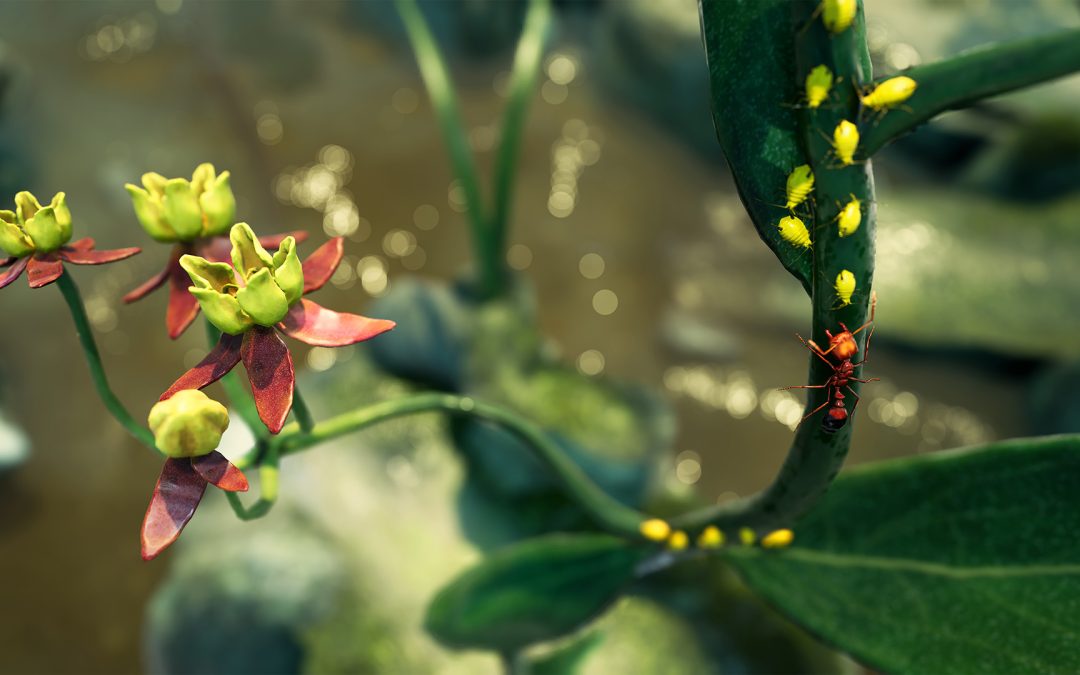 This will be a shorter-than-usual newsletter, just catching up with the last of the things we’ve posted on our social media before the fire ant update. We’re rounding the corner to the home stretch on that front now, and whilst we’re not quite ready to announce a date (that will come out of the blue one day with a trailer) we are at a point where we don’t want to spoil anything else, as we still want there to be plenty of surprises for when the update drops.

We’ll go over a few things that have been previously announced – all of the things shown in this newsletter are from the 4.x missions.

Our environments for the fire ant update are near complete, and we put together this short video to highlight some of the artwork by our dedicated environment artist, Dan C. Level 4.1 will be called “Cold Blood”, and this is the arena in which it is set. The swampland has poor soil so many of the plants here have evolved to be carnivorous.

One such carnivorous plant is the iconic Venus flytrap. The leaves are tipped with traps that exude nectar, attracting ants and flies. Trigger hairs on the inside of the trap cause it to snap shut when touched, effectively turning the traps into stomachs which then digest the prey. The flytrap will act as an “area denial” obstacle – ants will climb it but will inevitably trigger the traps, before re-opening after a cooldown.

Caterpillars have recently hatched on this young sweetbay magnolia sapling. Such an infestation may well be fatal, but help is at hand – the resident fire ants are very glad of the extra protein. Caterpillar-spawning plants will provide a rich food source for your fire ants, as long as you can survive the competition required to keep the supply lines open.

Milkweed plants are often homes to sap-sucking aphids. The aphids excrete a sweet substance called honeydew, which fire ants find irresistable. The ants will care for their aphid flocks, protecting them from predators, jealously guarding them from competing colonies and even moving them to safer locations.

Let’s close out this shorter-than-usual newsletter with the traditional Screenshot Central post! The easiest way to get these to us is to post on the #screenshots channel of our Discord – I usually have a look through it once a week or so for great snaps for social media and the newsletters.