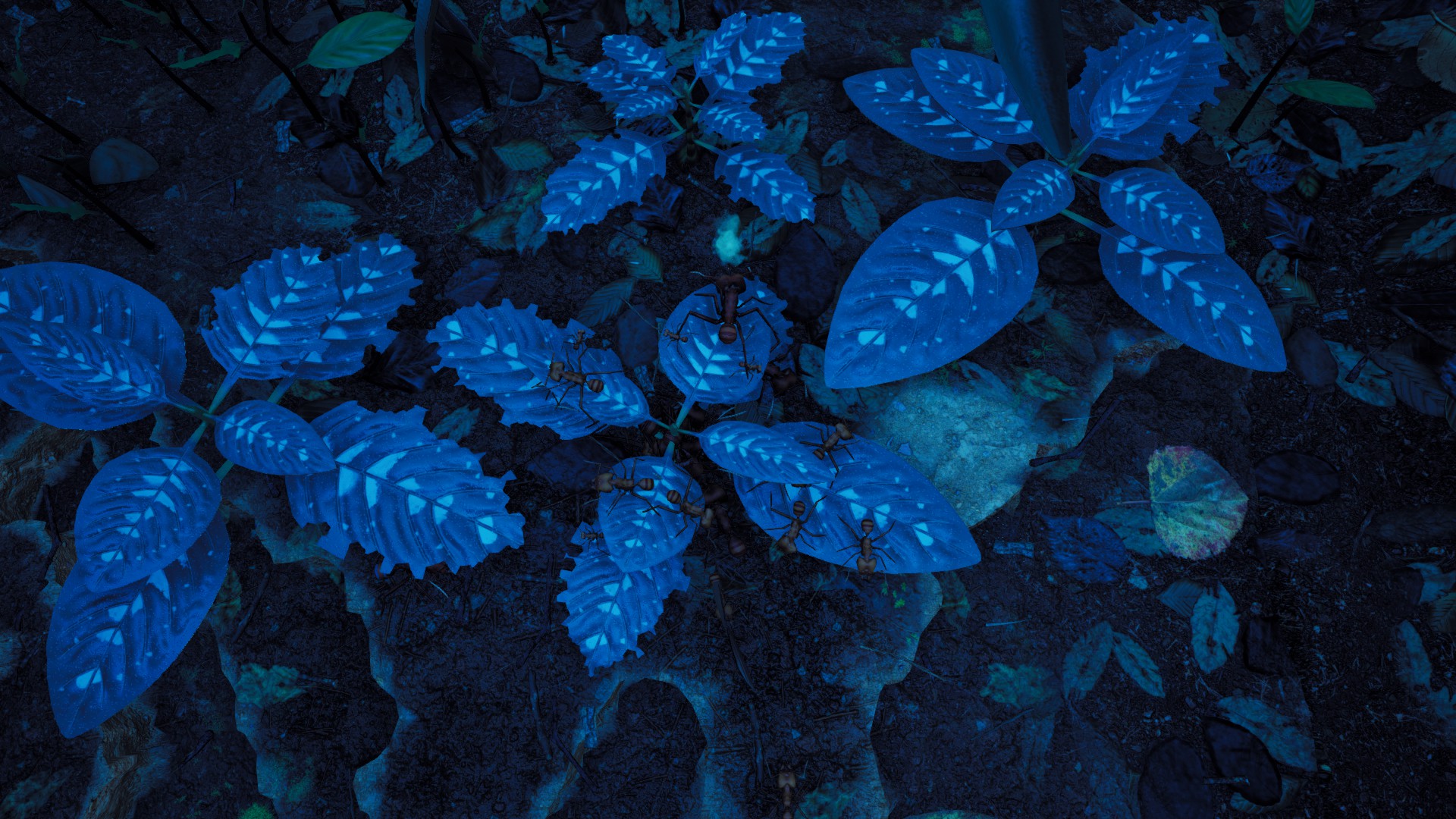 And so, winter came. And with it, the season of darkness and cold but also the season of goodwill and cheer. A little bit of a shorter newsletter this month, as we are still (I know, I know) working through the last of the movement code changes. Keep an eye open for the beta announcement – before putting it onto the main branch, we will run an optional beta for all Steam Windows players to help us pin down the last of the issues.

There are a couple of new things to show, however – the extended time it’s taken to get the rewrite done has meant that John has had the time to get ahead on some other systems whilst Liam and Matt are busy with that. We’re ready to show off the creature that will feature in challenge mode for levels 3.1 The Harvest and 3.2 Front Line, so let’s get right to that!

The mortal enemy of many ant species, the tiny phorid fly may look as unassuming but it harbours a deadly secret. It can quickly lay its eggs on the bodies of vulnerable ants. The eggs will hatch into maggots that burrow into the body of the ant, eating its innards and inevitably killing it.

Leafcutter ants are not entirely defenseless against such a gruesome fate, however. The tiny minims – which under normal circumstances rarely if ever leave the nest – can hitch a ride on the back of their much larger nest-mates, fending off the attacking phorids and sparing their sisters from being eaten from the inside out.

In Empires of the Undergrowth, phorid flies will join the mole crickets and tiger beetle larvae in our menagerie of critters for people who like an extra twist on their levels, or who just want to collect some extra royal jelly! The exact mechanics of the minims riding on the backs of the bigger ants are yet to be fully implemented but we can’t wait to show you once they are.

The current plan is to get the challenge modes into the game along with the upcoming freeplay update. As always, until we’re entirely sure we don’t want to speculate on when we’ll be ready – we will announce a firm date when we can be certain of meeting it.

Another system that we’ve been itching to get into the game is achievements, as mentioned a couple of newsletters ago. John did a successful test of these working with Steam on one of his live streams – see the below video of the wonderful moment he managed this (around the 1: 43: 15 mark)! Along with the upcoming update the first batch of achievements will be added to Steam, with more coming later.

This means the first set of achievements is now locked in, but if you have suggestions for fun hidden achievements then please drop by the thread we’ve set up for this purpose on our official forums.

At the start of November, Liam travelled to Germany along with Tom (who is working on his sandbox evolution game Ecosystem, which we’re publishing and you should play the demo of) to meet up with Matt and exhibit both Empires of the Undergrowth and Ecosystem to the attendees at EGX Berlin. We always love doing these events for a specific purpose – the true value of them lies in observing the reactions to someone entirely new to the experience. It gives a level of insight that is entirely different than curated feedback sent to us over the internet – the hands-on approach is just not achievable any other way.

We’d like to thank everyone who stopped by our booths to play for a while, and we loved hearing (and seeing) what you felt about the way things are going! We don’t go to many of these events, perhaps one a year – but we make the most of them whilst we’re there.

Off the back of EGX Berlin we’re also very grateful to Nicholas Montegriffo of PC Invasion for including Empires of the Undergrowth in his list of 5 indies to watch from the event! Go and give his article a read.

Just a little fun here that gives a bit of an insight into the way scaling works in Empires of the Undergrowth. Unreal Engine 4, which is the engine system we use, uses a convention of 1 engine unit = 1cm, which would be a bit fiddly for Empires of the Undergrowth given our subject matter of tiny creatures. So we scale creatures up an order of magnitude, for our own convenience. The main menu has very little in the way of tiny creatures in it, however, so that is made at the standard scale.

I wonder, then, what would happen if I put a normal creature into the main menu OH NOOOOOOOOOOO

And the scientist’s hand from the third formicarium? Well, I’ve gone this far already, I’ve only myself to blame. Actually, it was suggested by someone on Facebook so you can blame them.

If you’d like to contribute to our monthly screenshot section then simply upload your screenshots to Steam (F12 by default) or mail them to mike@slugdisco.com. I’ll look through them and choose some of the real lookers. You can enter the cinematic photo mode by pressing F9 – and if you do that whilst holding shift you’ll have free movement of the camera, allowing you to get some really interesting angles. Give it a spin!