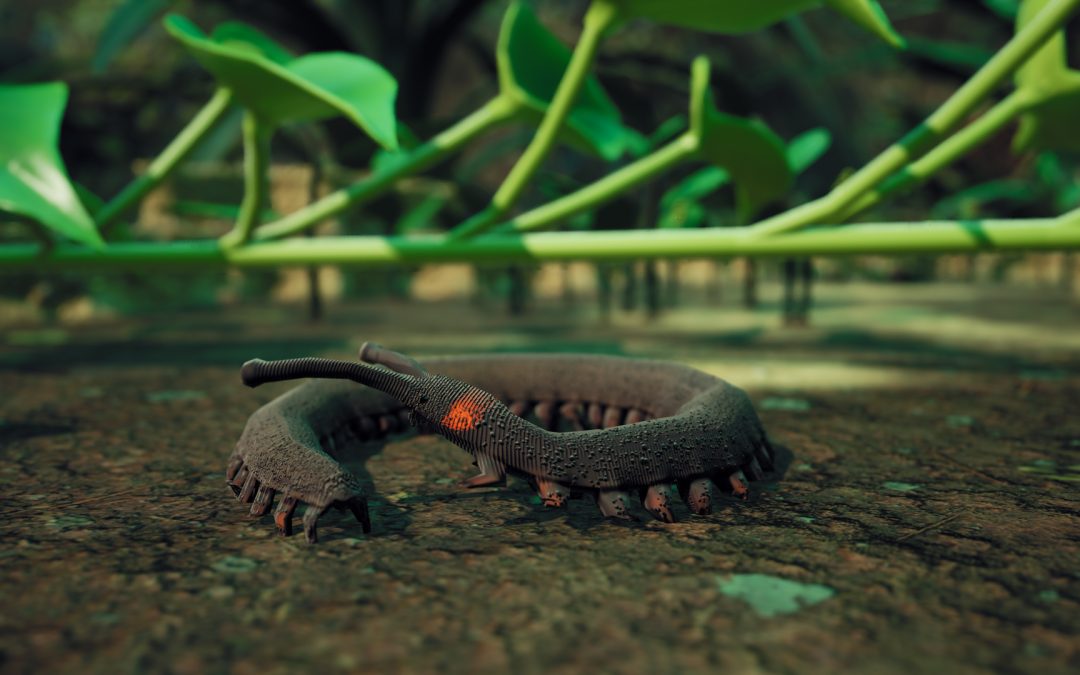 We’ve had a remarkably busy couple of months since the last newsletter, and there’s a fair few things to discuss relating to the next update for Empires of the Undergrowth. Most of this newsletter will be going over progress made in matters written about in the previous one. We’re currently in a consolidation phase, working on improving under-the-hood systems to increase the efficiency and reliability of many game systems, as well as improving the onboarding process for new players and revamping some of the older artwork. We’ve also made some fairly extensive changes to the main menu.

We’re also very close to introducing a long-awaited enemy to the game – the velvet worm, and have several extra levels lined up over the next few months. To preempt the question of when all of the changes detailed in this newsletter will arrive, the answer is in the near future (fingers crossed)!

On the community side of things, we’ve also made the first edition of a new video series that will work alongside and in tandem with these newsletters. We’ll discuss the plans for those at the end of the newsletter, after all the game news. Let’s get to it!

The velvet worm is ready for its debut!

It was intended to complete the menagerie of critters for the leafcutter levels (third tier), way back in the before-times of 2019. However, it was cut for time – it has what was at that point a unique way of moving its long, slender body, and this required an inordinate amount of time for our animator Matt to perfect for just one creature. However, the system was brought up to scratch for the fourth tier – both the salamander and newt use it. So, now is the time to bring back the slime-launching velvet one!

Velvet worms are voracious hunters of other invertebrates – they are equipped with twin slime cannons near their mouths, which they use both to ensnare prey by tangling them up in a sticky web of glue, and to deter potential predators. The velvet worm will see its return to glory in the 3.x levels, but you will also be able to fight it in the next extra level to arrive – Adventure.

The first of several planned extra levels coming over the next few months, Adventure is likely to yield the longest playtime of any level in the game so far, so ensure you have a couple of hours set aside for it! Adventure is a leafcutter level with a unique XP system and many creative challenges.

Complete the multitude of objectives and engage in combat to increase your XP, unlocking new units and upgrades for your leafcutter colony. There’s a host of dangers, both environmental and colony-based, as well as another encounter with Big Whippy the huge whip spider (in her fourth appearance in a level) and of course several variants of the new velvet worm.

You will also have the chance to raise a unique character, a mighty champion of the leafcutters, but let’s wait for the level to be released before I spoil too much – you’ll be playing it soon!

During this consolidation phase, before we fully return to our work on the fifth tier, we have an opportunity to revisit some of the older parts of the game and improve them. After completing work on the green swamp, our environment artist Dan C has been focusing on making a rotting log environment – up until now, the 1.x levels have borrowed the beach tile set, which is why the environment looks like sand rather than soil and wood.

Taking inspiration from decomposing birch logs, we think this combination of crumbly wood and soil looks fantastic and finally gives the introductory levels of the campaign their own identity separate to the rest of the game. It’s quite possible that some of the extra levels will use this tile set in the future, too. Once the new look for the rotting log is complete, we intend to put some work into bringing the beach levels up to 2022 standards as well.

We thought that now was the time to make some changes to the main menu – this incorporates the tutorial level in easy view along with a new submenu called ‘arcade’ – this will be the new home of extra levels, the battle arena and the demo levels.

This new menu format gives us room to describe each menu choice in an aesthetically pleasing way – the description will appear at the bottom of it when hovering the cursor over it.

Tutorial mode is now functionally complete – we are simply waiting on the last of the localisations for it before we include it in a patch.

As detailed in the previous newsletter, by far the most common reason given for someone who requests a refund for Empires of the Undergrowth is our lack of a dedicated tutorial, or proper onboarding. Whilst the in-game tips and hints do teach the entirety of what there is to know about the game, relying on them alone is a large reading task and we realise they are ignored by many players.

Enter tutorial mode. Players will be encouraged to play through this special level (averaging 10-15 minutes) before jumping into the campaign. It gives a thorough understanding of the digging, hatching, food collection, and camera movement systems and a basic overview of combat. The popup tips will remain an integral part of ongoing training as a player progresses through the campaign, and the tutorial reinforces that at one point.

The tutorial mode highlights relevant parts of the UI as it goes on, giving visual indicators of what to do (and where). UI highlighting in this way is integral to a proper tutorial system and we’ve taken significant care to get it right here.

We have also observed during our time exhibiting the game at events that a not insignificant portion of players jump straight into freeplay, which does not come with its own training. New players will be encouraged to play the tutorial and campaign first, but can of course still go straight to freeplay if they wish (an ‘open wiki’ or trial-and-error approach is still a valid way to play for those who wish to do so).

A less flashy but vitally important part of what we do is profiling and optimisation of the game processes. As we continue, we identify older areas of code and art assets that are suboptimal by various methods. Matt, our engine specialist, has put significant time recently into identifying many systems that could do with having a few bolts tightened here and there. For example, a process that is executed every tick (loop of the UE4 program) might not actually need to be called so often to have the same effect, and profiling helps to identify these inefficiencies.

Whilst this work doesn’t have direct evidence to show for itself in the form of a screenshot or video, it means that frame rates should be up across the board. This work is ongoing and is likely to continue as long as the project is still in development.

As mentioned earlier, at the start of last month we put out the first of our vlogs – a kind of video form of the newsletter that is intended to be its counterpart. Mike put himself in front of a greenscreen and talked freely about upcoming changes, some of which have been detailed further in this newsletter. Mike also realises he’s now typing in the third person and that’s really weird.

Note that the vlogs are not intended to replace the newsletters at all, just augment them. We’ll be doing one of these every other month, in between the newsletters. The next one is due towards the start of December, and Dan P (our product marketing manager) will be joining in that one with a section about Ecosystem and Adapt, two of the other games that Slug Disco publishes.

Given that this upcoming update is rather leafcutter-themed, what with the velvet worm and Adventure and all, I thought we’d keep with that theme for the screenshots section. As always, if you’d like your screenshots featured in a future newsletter or in the weekly Screenshot Saturday hashtag we participate in on Twitter, the easiest way is to join our Discord and post in the appropriate channel. Alternatively, you can upload them to the Steam community or email them to mike@slugdisco.com. F9 enters photo mode (by default) to get some cool angles – holding shift whilst pressing it will uncouple the camera from the ground for total freedom.